View All Tours
JOBURG: A new city with an old past

Johannesburg is one of the 50 largest urban areas in the world - however, only founded back in the 1880s, it is also one of the world’s youngest major cities. While comparatively young to the rest of the world - this does not mean that Joburg is without a varied history of growth, strife and success, and is actually an overlooked historian paradise.

Where it all started

The aptly named “City of Gold” owes its origins to the discovery of gold in the area, and the miners who laid claim to its land in 1886, unearthing the largest known gold deposits in the world. The original camp - Ferreiras Camp - was named after Colonel Ferreira - the leader of the original group of diggers. Since then, it became Ferreira’s Township, Ferreirasdorp (or Ferreirastown), and is now the oldest suburb of South Africa’s biggest city, making up a large part of the historical Mining District (Stop 10). 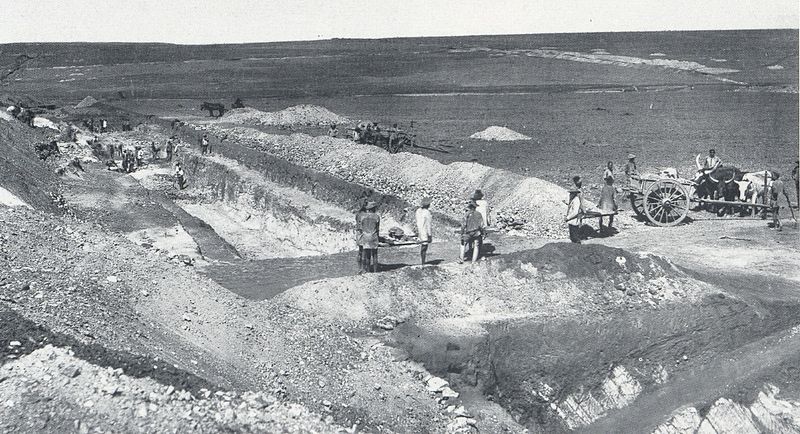 The city grew quickly around the mining camp, and became locally known as the "cradle of Johannesburg". This area became the site of Joburg’s first building; the Central Hotel, and then the first of many more like a barbershop, pub, brothel, school and bank. As the city expanded, Ferreirasdorp degenerated into a forgotten slum, but thankfully, recent years have seen refurbishment with Joburg turning a 6-block radius of Main Road into an informative outdoor museum in order to pay homage to its origin story.

Along the museum walk, you can immerse yourself in the origin story and see the various memorials, relics, dedications, and even Ferreira’s original mine stope that was unearthed in the 1980s.

But, lest we not forget.

Even as a relatively ‘new’ city, Joburg still played a significant role in creating the South Africa we know and love today. At Stop 4 you will find the South African Museum of Military History which catalogues the country’s involvement in the second world war, but our country’s history of international conflict starts even before that. 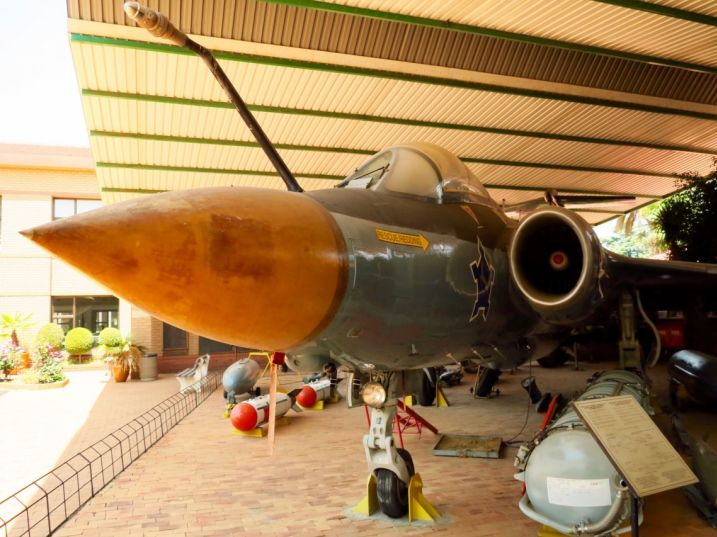 Joburg was in the epicentre of the Anglo Boer War which took place between 1899 and 1902, fought between the British Empire and two indigenous states for independence. To commemorate the British soldiers that lost their lives during the Boer War, the Rand Regiments Memorial was erected in 1913, and later rededicated and called the Anglo Boer War Memorial for all people who lost their lives during the South African War; the men, women and children of all races and nations.

You can find the 20-metre-tall, four-pillared arches in the square right alongside the War Museum.

Honouring the next chapter of battle history is The Cenotaph in Newtown (Stop 15).

The all-inclusive war memorial was raised in 1926 to honour those that were slain in the first world war, and in the hope that the memory of the ‘Great War’ would somehow prevent such slaughter from happening again in the future. However, only 13 years later, World War II broke out, and the Cenotaph was rededicated in 1947 to all South Africans who died fighting for freedom in any and all wars and conflicts.

For over eighty years, the Cenotaph has been the venue for military parades and commemorations. With such a prominent location in the city’s civic and historical heartland, this is also the site of the largest, annual Remembrance Sunday service that occurs in South Africa. 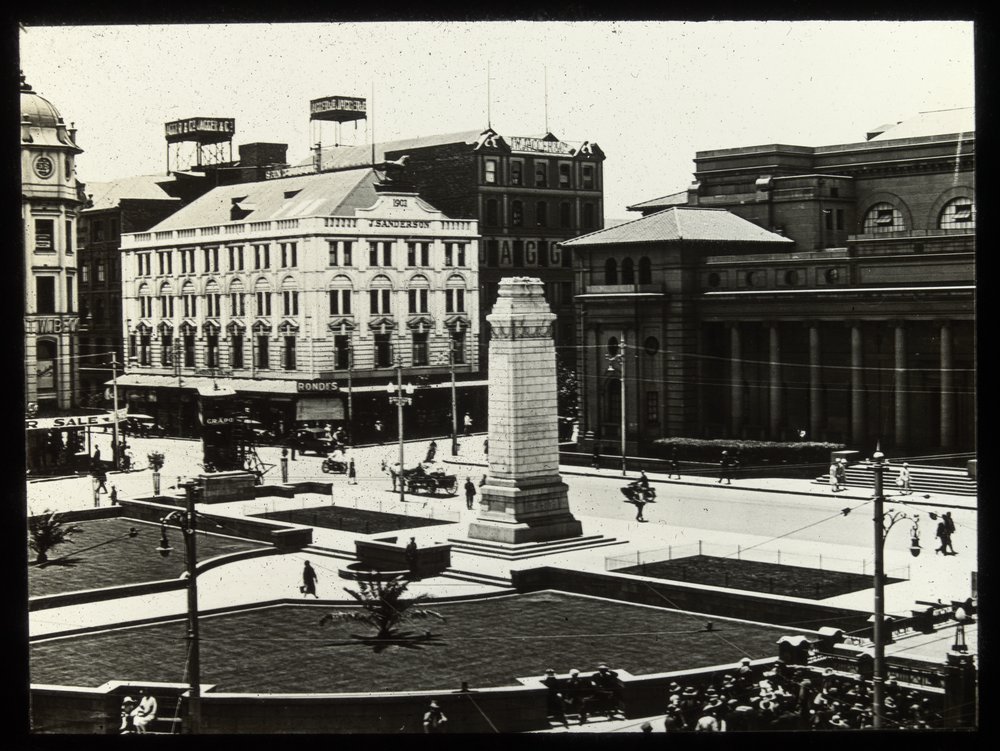 When it comes to the recognition of certain historical aspects, often the most effective way to comprehend their significance is to see it for yourself. One such place with a long and visible history is Constitution Hill (Stop 5); Johannesburg’s very first prison, and undoubtedly its most notorious.

Originally built as a military fort, the original building was eventually reinforced and enclosed by President Paul Kruger in the 1890s in order to house prisoners of war during the Anglo-Boer Wars. Thereafter, and perhaps it’s most documented past, it was as a notorious prison during South Africa’s Apartheid era.

These walls held prisoners of all races, creeds, ages and political agendas. Even children. These days the grounds host three prison museums: the Old Fort, Number Four, and Women's Gaol. A fourth building - initially housing those awaiting trial - was mostly demolished, and now is the site of the country’s Constitutional Court. 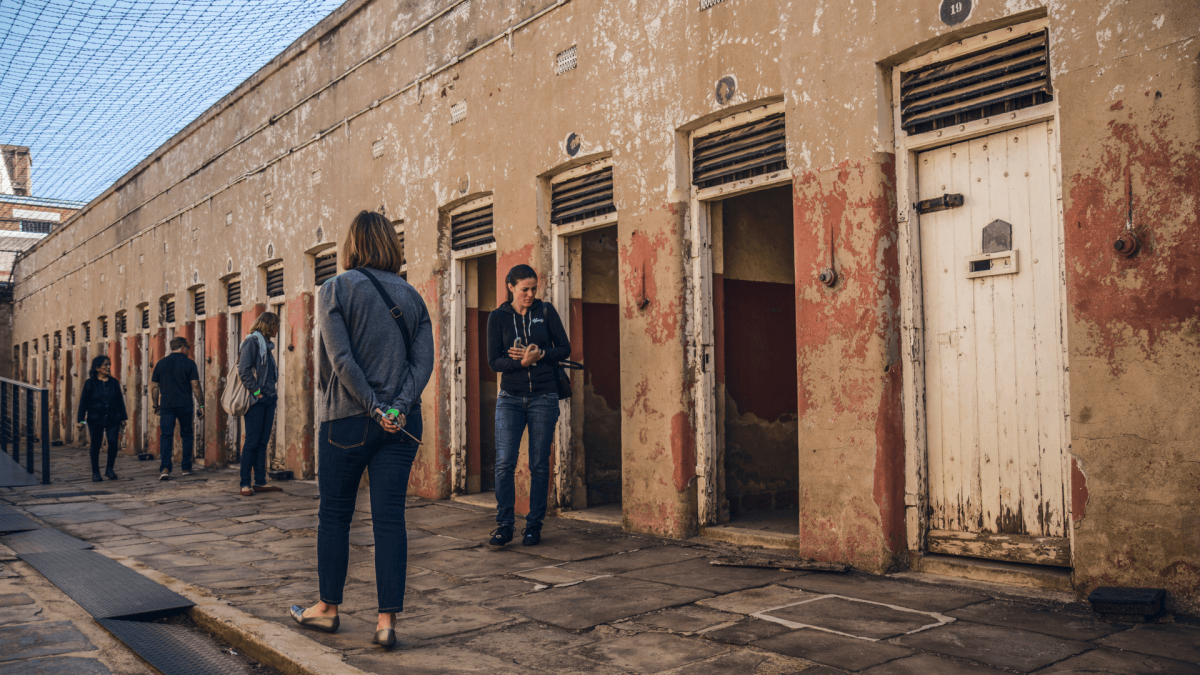 Having been a temporary home to many renowned men and women like Nelson Mandela, Mahatma Gandhi, Joe Slovo and Albertina Sisulu - Constitution Hill has since become a symbol of South Africa’s successful struggle for freedom and democracy.

Joburg’s history is still visible throughout the city

Despite the inner-city decay that took Joburg in recent years, some buildings from the old pioneer days managed to escape demolition. The Turret (Stop 11) is all that is left of the three-storey Victorian Marshdale House that stood there proudly since 1906. Sadly, the majority of the building was demolished in 1995, but the Heritage Association managed to get involved just in time to save this small, narrow structure that closely resembles a lighthouse.

The cylindrical keepsake is now propped up against an ugly inner-city parking lot, but the city has very recently transformed it into Joburgs’ smallest art gallery – the Synprop Turret Gallery. So stop in to see this iconic and slightly mysterious little building for some sightseeing, art viewing, and historical fascination.

If you haven’t had enough of old architecture yet, here are a few more examples of structures built prior to the 1900s in Joburg’s CBD. Some have been badly damaged and some refurbished or renovated. Some of them you’ll even find along one of our bus routes, or a short walk from one of our stops.