View All Tours
The 10 Must-See Museums in Johannesburg

Johannesburg is a melting pot of history and culture, the legacy of South Africa’s gold rush. From the gold mines to the battle against Apartheid, you can look back through time by visiting one of Johannesburg’s many museums. Many of these museums fall along the City Sightseeing bus route, giving you the chance to get to them with ease, all the while enjoying Johannesburg's top attractions.

Johannesburg is a melting pot of history and culture, the legacy of South Africa’s gold rush. From the gold mines to the battle against Apartheid, you can look back through time by visiting one of Johannesburg’s many museums. Many of these museums fall along the City Sightseeing bus route, giving you the chance to get to them with ease, all the while enjoying Johannesburg's many other attractions.

This Museum of Military History in South Africa can be considered a memorial for South African soldiers and takes you back through South Africa’s war history, from old military uniforms and weapons to guns and military weapons. The museum is a great source of information,

The entrance fee is R45 for South African adults, learners and students are R30, and all international visitors are R70. You can find the Military Museum at STOP 4 of the City Sightseeing route.

At STOP 5 you’ll find Constitution Hill, a refurbished prison that acts as a window into the past atrocities of the Apartheid justice system. Great advocates for human rights have been imprisoned at the old prison, such as Gandhi and Nelson Mandela, and equally horrendous crimes against human rights and dignity have been committed there. But now it stands as a testament to our victory over the past, and as a bridge to democracy and the bulwark for human rights. 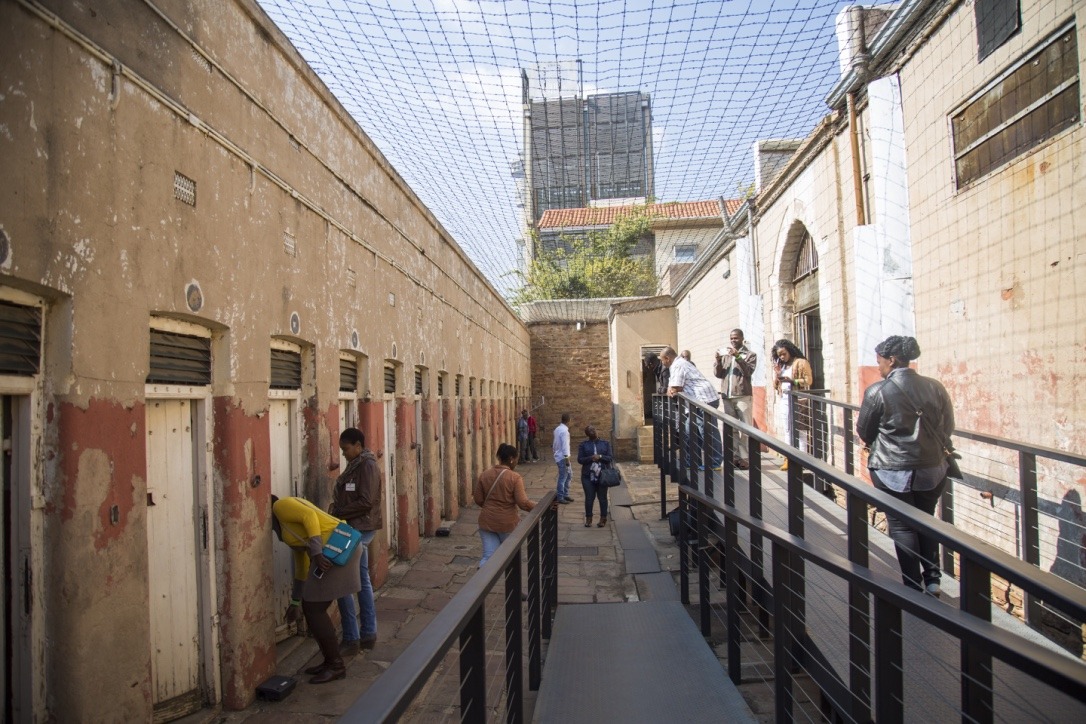 Hop off at STOP 12 to visit the James Hall Museum of Transport; officially the largest, most comprehensive collection of land transport in South Africa. The museum functions as a window into Johannesburg’s transport history, with thematic exhibition halls full of over 2500 vehicles and other historical pieces. The earliest animal-drawn vehicles in the museum date back to as early as the 1870s and their cars are from as late as the 1980s. The museum is really popular for visitors of all ages, who will love seeing all the vintage steam locomotives, classic cars, carriages, bicycles and motorcycles, and service vehicles like trams, buses, fire engines, and more. Additionally, the entrance to the museum is totally free! 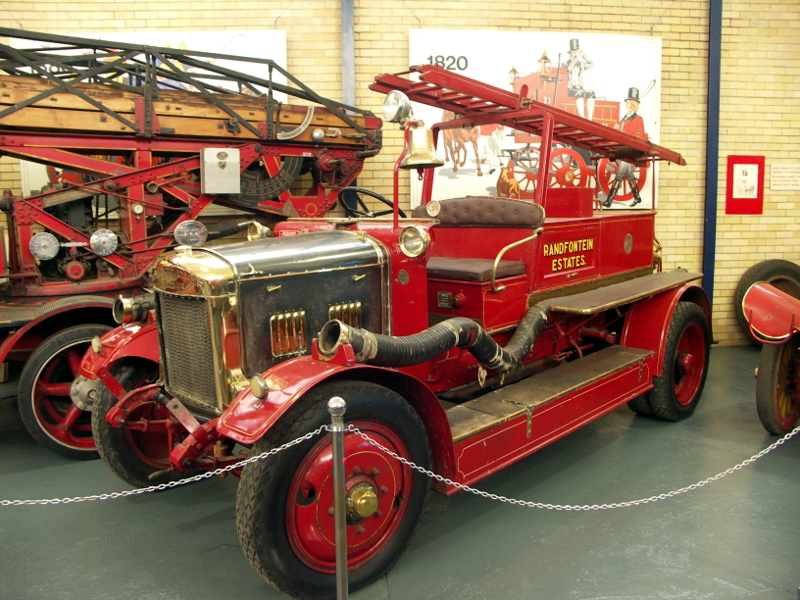 A theme park might be the last place you expect to find a museum, but the Gold Reef City theme park is built atop one of the oldest gold mines ever used in South Africa. The Gold Reef! The old miners’ office and miners’ homes are still located around this gold-rush themed amusement park, but more exciting than that is the actual mine itself. Visitors can take a mine tour 80 meters underground, experiencing what it’s like to work in the gold vein. Then it’s back up to the surface for a live gold-pouring, where visitors can see how gold is poured and cooled into bars. You can find Gold Reef City at STOP 13, and when you present your City Sightseeing bus ticket at the entrance the tour price is only R110 per person. 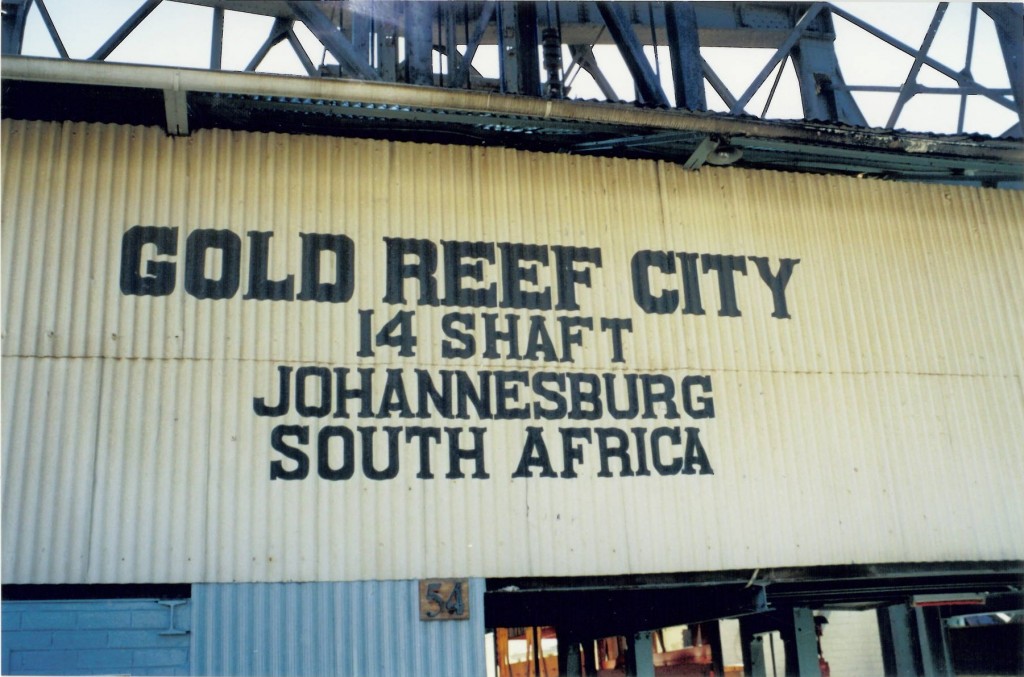 At STOP 14, right next to Gold Reef City, you’ll find the Apartheid Museum, an interactive museum that takes you on a journey through South Africa’s tumultuous past and what took place there. From the segregation of the South African people by the National Government to fight for freedom, it’s a journey of empathy and discovery, with many different perspectives and insights into both praised and before unsung heroes of the fight for equality. By the end of the journey, all visitors are encouraged to move a stone from one pile to another, pledging to stand against discrimination of any kind that you encounter in your daily life.

Visit the Hector Pieterson Museum and Memorial as part of your Soweto Minibus tour, which you can join at STOP 13. Named after the first children to be shot in the Soweto Uprising, the memorial is dedicated not only to the children that died in the protest but all the students that fought for freedom and democracy. It was their efforts and sacrifice that really ignited the fire of demand for the end of Apartheid across the world. The memorial is free to enter, but the museum is R30 for adults, R5 for kids aged 6 to 12. 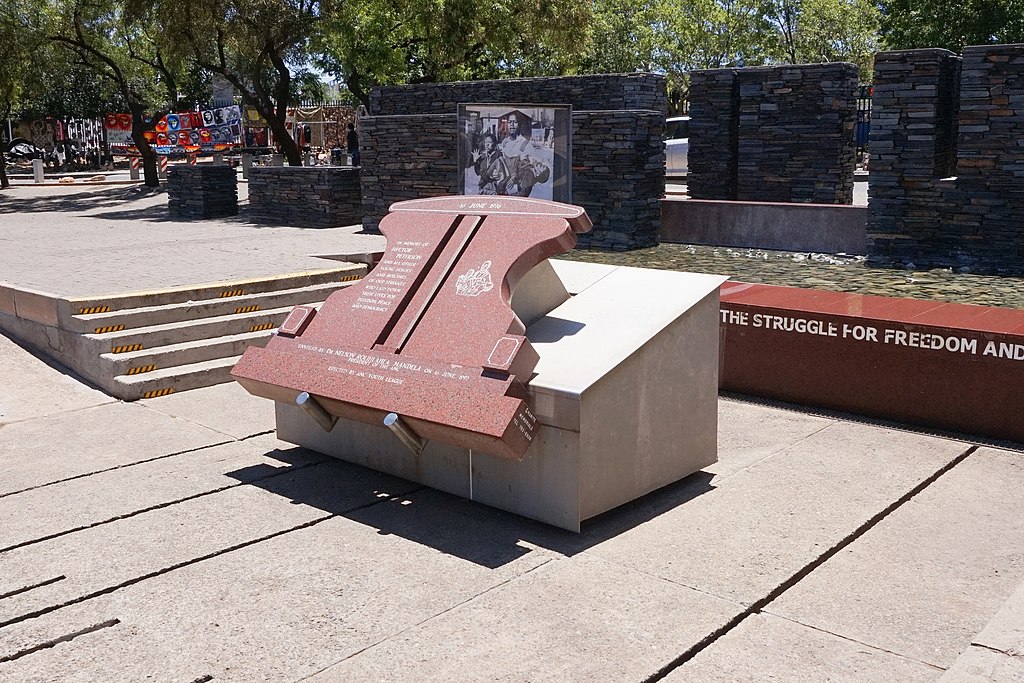 At STOP 14 you’ll find yourself in Newtown Precinct, a historic district in of itself, a place of cultural heritage for many. One of many museums in the area, the Workers Museum is located Newtown Compound, one of the last remaining examples of the municipal compounds for black male workers. Visitors can see the harsh conditions under which black migrant workers lived, desperate to provide for their families back home. Visitors can also visit the white skilled workers' cottages on the site, demonstrating the radical segregation and inequality between the races and how they were treated. The Workers Museum is affordable, with adult tickets going for R10 and children's tickets going for R5.

Image source: In your Pocket

On a lighter note, also located in Newtown Precinct at STOP 15 is the SAB World of Beer, a brewery and historical centre detailing the history of beer in Johannesburg and South Africa. The beer tasting and tour takes you the history of beer, up till visitors get to see a working brewery in action. The venue also has a restaurant and bar, as well as a conference centre. Kids are welcome, but can only drink non-alcoholic beverages of course. The beer tasting and tour combo tickets are R200 a person. 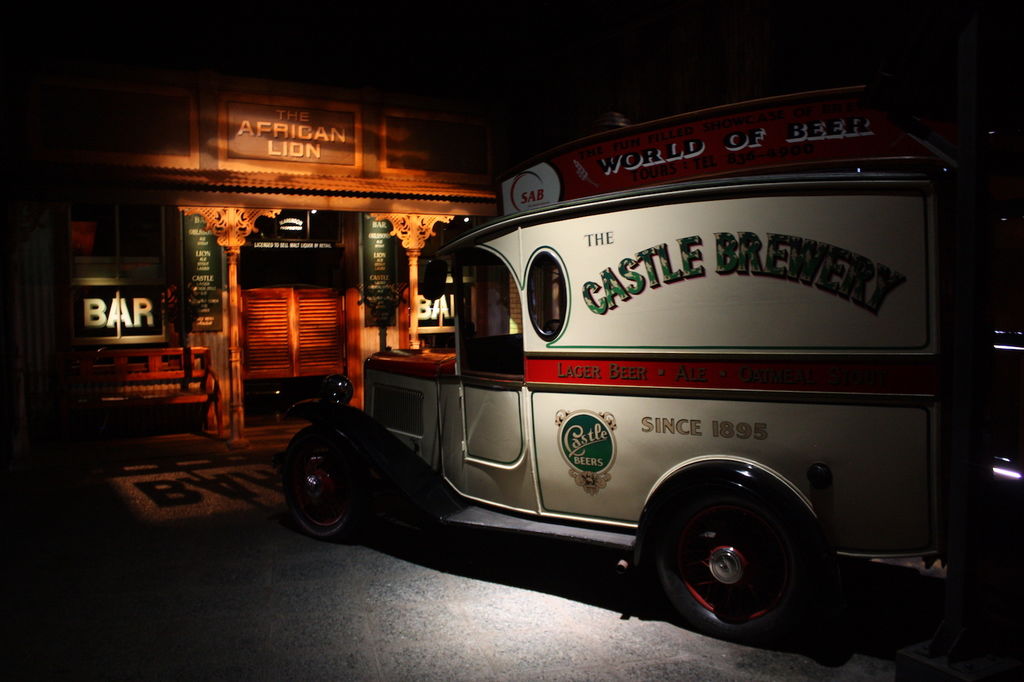 The Wits Origins Centre is just a short walk from STOP 16 in Braamfontein. The Origins Centre provides a glimpse into the history of humankind and our development in South Africa. With a number of permanent exhibits and travelling exhibits that do their rotations around the world, the Origins centre houses evidence of ancient stone tools, artefacts of symbolic and spiritual significance, and examples of the areas striking rock art. You can also do DNA Ancestry testing, and the centre hosts a number of events and lectures on a monthly basis. 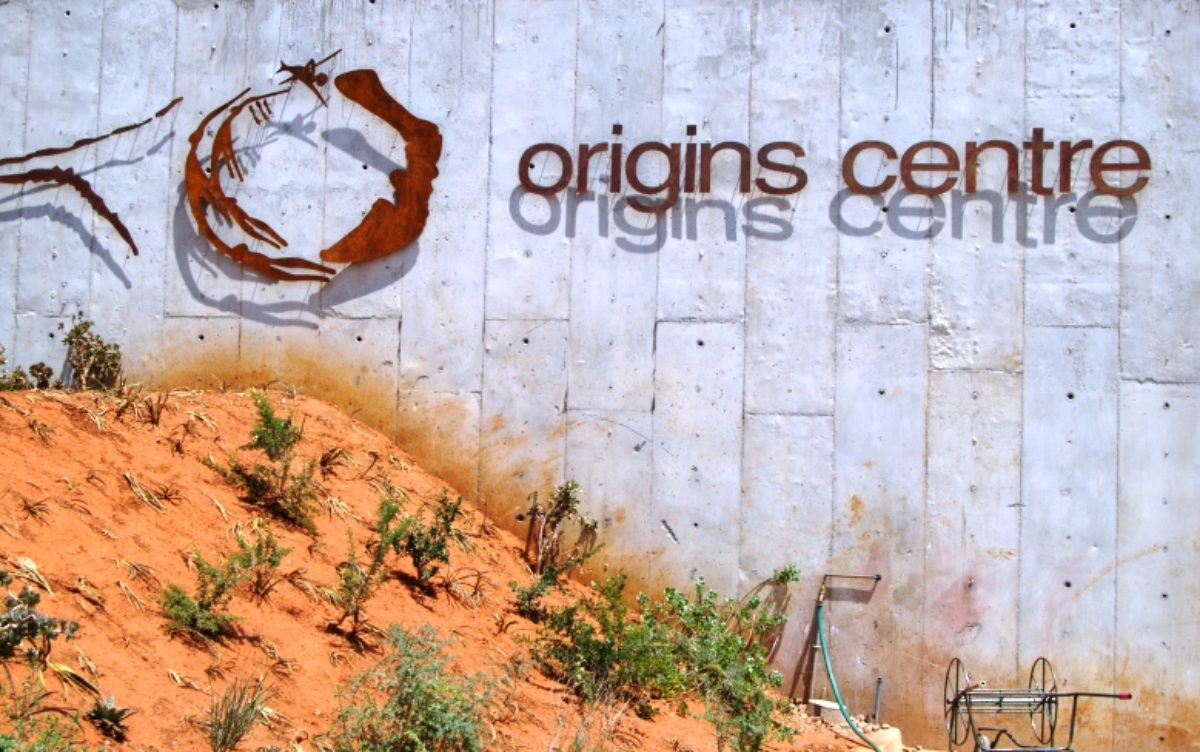 Just a 90 minute drive out of Johannesburg you’ll find The Cradle of Humankind, the site where mankind first originated from. The first recorded remains of our ancient ancestors were found right there in the Sterkfontein Caves, dating back over 3.1 million years ago. The Maropeng visitor centre has a number of fossils exhibits, and visitors can also explore the extensive cave system, even passing the actual excavation sites where globally acclaimed fossils have been discovered. The Cradle of Humankind is considered a heritage site, and you can enjoy restaurants, safaris, hotels, and conference centres at the venue as well. You can also find a number of other fun activities, like ziplining, horseback riding, and hot air balloon tours. 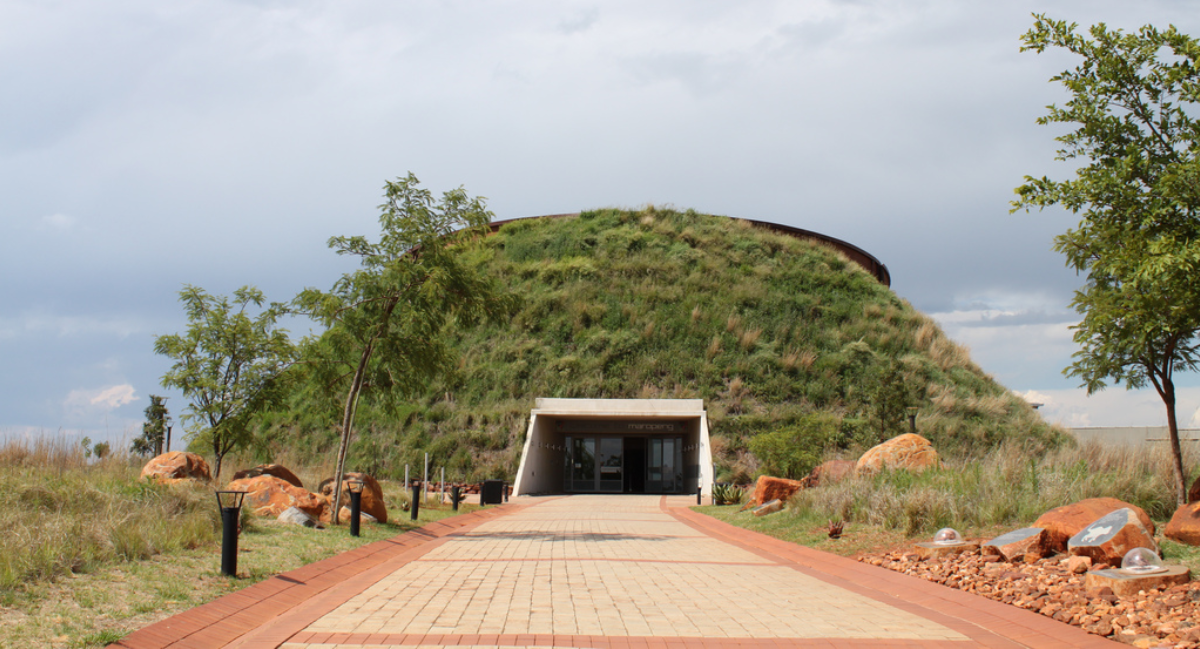 Visit some of Johannesburg’s Top Museums with City Sightseeing

Nine of the Top 10 Museums can be found on the City Sightseeing Bus routes. It’s the best way to see Johannesburg, and gets you to your museums with no hassle whatsoever. Book your hop-on hop-off bus tickets to make use of our awesome Winter Specials, and see what else we have going for us on our bus routes.