Our museums in and around the Mother City combine culture, entertainment, and history. The museum scene in Cape Town is nothing short of impressive, whether you're interested in science, nature, history, or art. Our City Sightseeing team set out to find the most fascinating, historical, and state-of-the-art spaces in Cape Town. Here's what we discovered.

IN AND AROUND THE CITY

Located at the Silo District at the V&A Waterfront (Stop 1) on our route, is Zeitz MOCAA (Museum of Contemporary Art Africa).  The vast nine-story structure, which was once a grain silo, was given a state-of-the-art makeover by renowned British architect Thomas Heatherwick and now houses 6 000 square meters of exhibition space in 100 galleries, as well as a restaurant and a lovely Sculpture Garden.

Since its inception in 1825, our country's oldest museum has welcomed millions of visitors. Experience exhibitions of over 1.5 million specimens accumulated over nearly 200 years, including ancient fossils, stone tools, rock and meteorite samples, lifelike recreations of our country's indigenous people, and marine and wild animal displays and features. The Whale Well is a must-see exhibit, featuring a one-of-a-kind collection of whale skeletons, including a massive 20.5-metre blue whale skeleton. It's incredible in every sense of the word.  You will find this museum at 25 Queen Victoria Street, which is within walking distance from Stop 5 (our main tour office) or Stop 15. 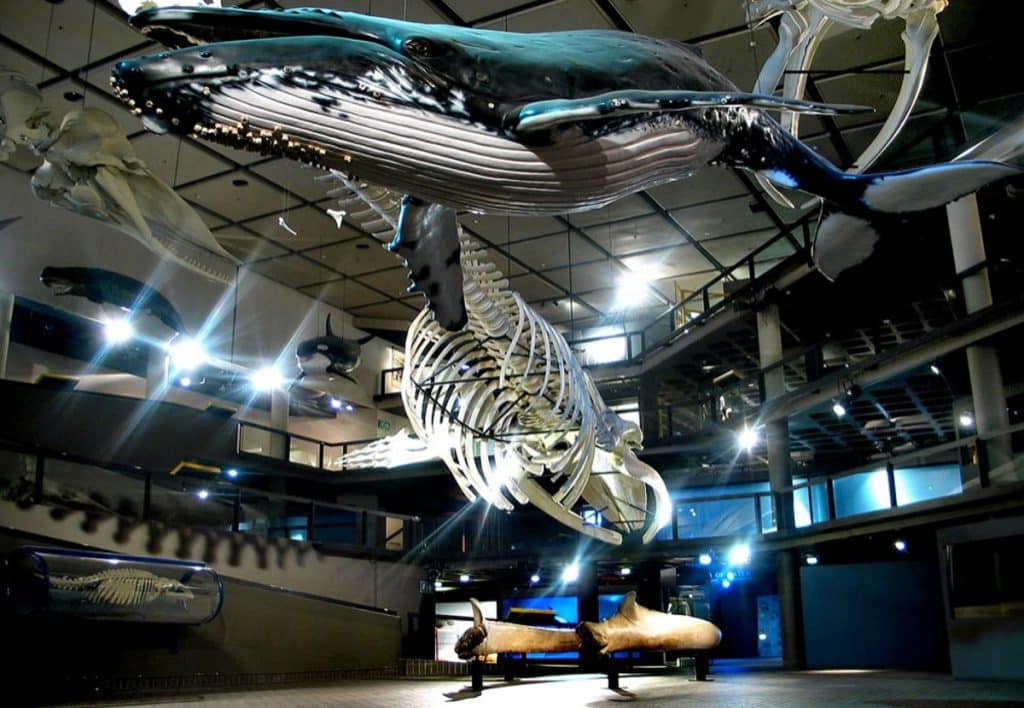 This museum is located at the V&A Waterfront (Stop 1).  The Archaeological Ruins of the Dutch East India Company Fort are on display at the Chavonnes Battery Museum which was built in 1724. It was originally served to protect the bay and town until 1861 when work on the Alfred basin began, and some of the stone and rubble from the site was used to build a breakwater. Additional damage was caused when coal bunkers and, later, a fish factory were built on the site.  Guests can now step below sea level among the ribs of this old VOC Fort that was built with rock from Table Mountain and cement made of seashells and touch the sand of the original Cape of Good Hope shoreline. 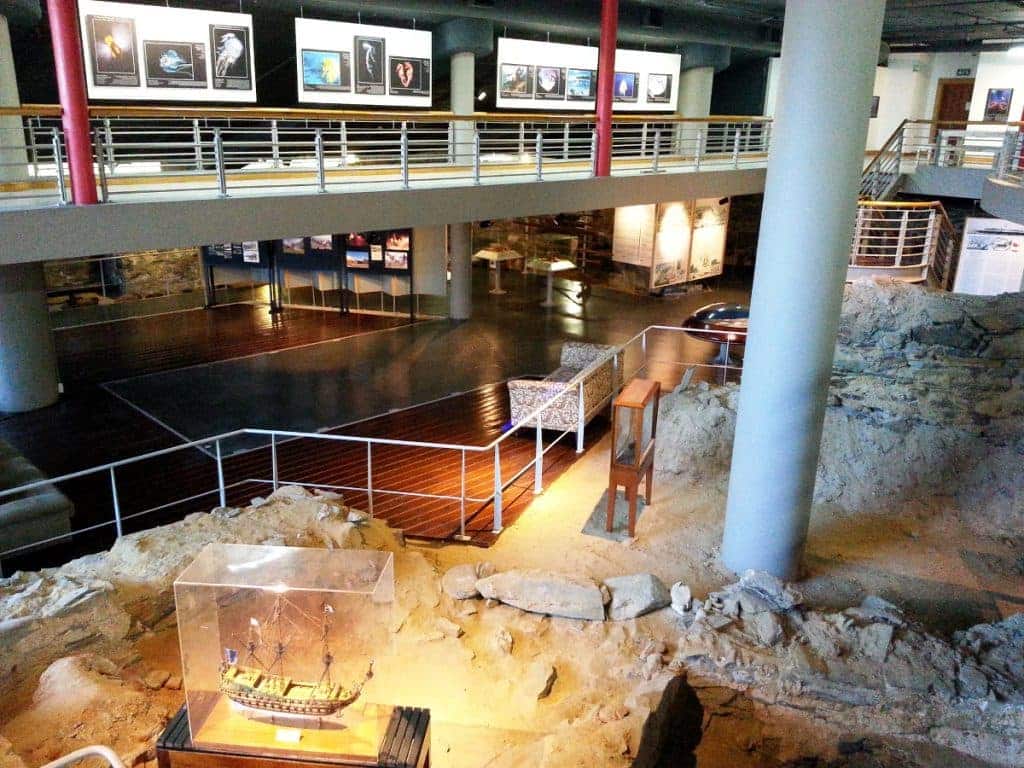 Even if you're not a car enthusiast, you can't help but be impressed by the magnificent collection of vintage cars, motorcycles, bicycles, and auto memorabilia on display – all in mint condition and with a bit of their history included. The variety includes Antique, Veteran, Vintage, Post-vintage, Post 1945 and 1960, with over 100 years of motoring history housed here. Among the notable vehicles on display are the Ford Model T, Alfa Romeo Spider, Bugatti Type 23, Buick Marquette, and Mercedes-Benz W21. Bentley, Rolls-Royce, Ferrari, Porsche, and Aston Martin are just a few of the other car brands that have emerged in recent years.

One of the numerous cars on display

The majestic, modern glass-and-metal structure matches the splendour within and is located in the tranquil Steenberg wetlands, with sweeping views of vineyards and Table Mountain National Park beyond. The museum, which was founded in April 2018 by the Norval family and designed by DHK Architects, includes not only world-class, purpose-built galleries, but also a sculpture garden, outdoor amphitheatre, and research library. Norval Foundation is dedicated to showcasing art with global appeal in an environment that fosters an appreciation for nature.  One of the current exhibits, running until 22 March 2022 is “The Zanzibari Years”.  This exhibit focuses on a small body of significant works created by Irma Stern during her two visits to Zanzibar and the period between 1939 and 1945. This will be the first time in nearly 40 years that a group of these Zanzibari works, considered among her best, will be shown together.

The modern exterior of the Norval Foundation

For more than two centuries, the naval base has been located in Simons Town (first for the Royal Navy and now the South African Navy). Simon van der Stel, an early governor of the Cape Colony, inspired the name of this small town.  The SA Navy Museum is housed in and around the original Dockyard Magazine/Storehouse (1743/44) which was extended to become the three-story building it is today after the Royal Navy relocated its headquarters from Cape Town to Simon's Town in 1810. On April 1, 1993, Vice Admiral Robert Simpson-Anderson, Chief of the Navy, inaugurated the new South African Naval Museum.  The first phase of the new exhibit included exhibits of the historic clock tower and a portion of the sail loft. The second phase of development included the use of two ground-level display areas that displayed the history and operation of the Submarine, Divers, and Weapons branches.

Whether you are into art, cars, boats, history or culture, there is definitely a museum that will interest you.  Support our local museums and enjoy an enriching experience.