View All Tours
The History of the Cape Town Minstrel Carnival

The Cape Town Minstrel Carnival, otherwise known as the Tweede Nuwe Jaar (Second New Year), is a colourful parade in Cape Town that is as rich in history as it is in culture and extravagance. It’s a lively event popular with all locals in Cape Town and is considered a must-see for all visitors.

On the 2nd of January musicians, performers and families from all walks of life take to the streets in colourful uniforms to sing, dance, and play music for the crowds as they parade the streets.

This parade is a cultural tradition that dates back to the early years of colonisation and slavery in the Cape. Slaves were brought to Cape Town from all corners of the globe, from across Africa, India, Indonesia and the Middle East.

Many of these slaves could not speak the same language and had little in common besides for their own slavery. Despite their slavery, New Years was a time of the year where slaves were allowed the freedom to celebrate amongst the colonists.

It was a time for much festivities and happiness, and by mingling with the colonists and foreign traders from around the world, slaves would create their own dances, songs, music and even languages, which helped to form the Afrikaans language we know today. 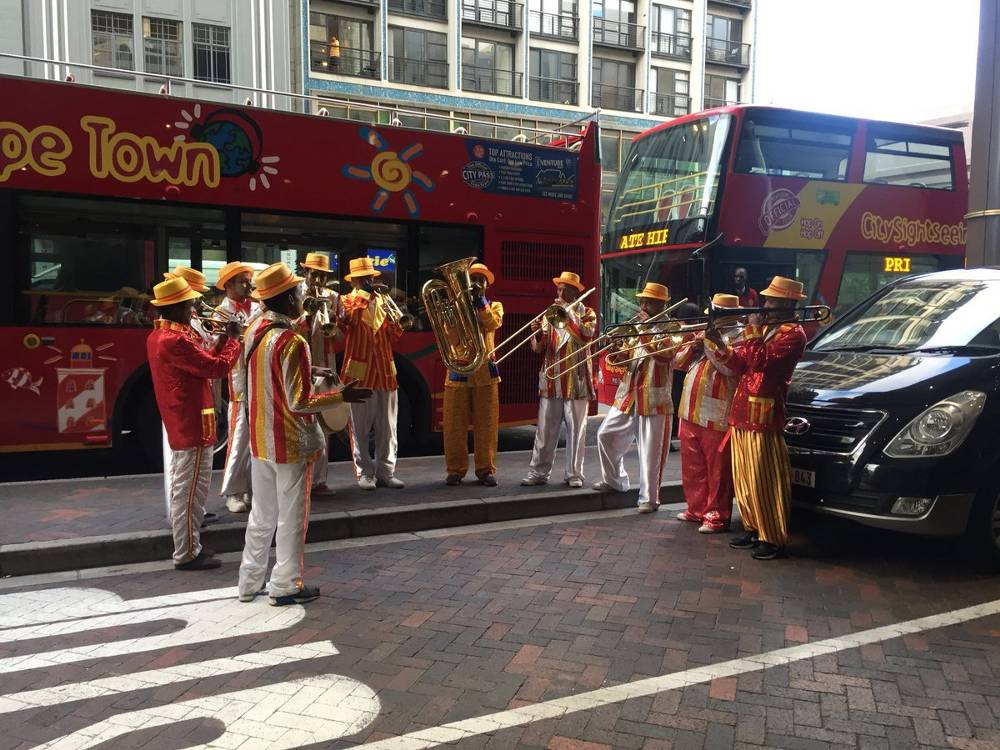 Every year they would dress in colourful, eclectic attire, traditionally with a tailcoat, bow tie, top hat, and cane to mimic the British and Dutch settlers.

This same style can be seen today, but with blazers instead of tailcoats. They will traditionally play jazz instruments and play classic or cultural music passed down through generations, or play popular songs from the year.

Over the years, after slavery was abolished, this community of former slaves would perform in the streets and at events, taking pride in the tradition that gave them joy and hope in some the darkest years of their history.

This tradition was passed down for years, even becoming a form of competition where Minstrel troupes would compete to be the best performers. But this was less important than the self-expression and the entertainment it brought others.

During the Apartheid years, the National government tried their best to kill the tradition, banning all minstrel performances and parades.

What performances were allowed were heavily commercialised by managing agencies, or communities were too poor to pay for venues.  The Minstrel carnival almost died out completely, until the bans were lifted with the end of Apartheid.

Finally, the celebrations could ensue again, and since then the Cape Minstrel Carnival has been in full swing each year.

Be sure to catch it on your stay in Cape Town this festive season! Visitors are welcome to join in the parade, with the participants being renowned for their friendliness and lively spirit. It’s bound to be a great deal of fun after your New Year’s festivities!